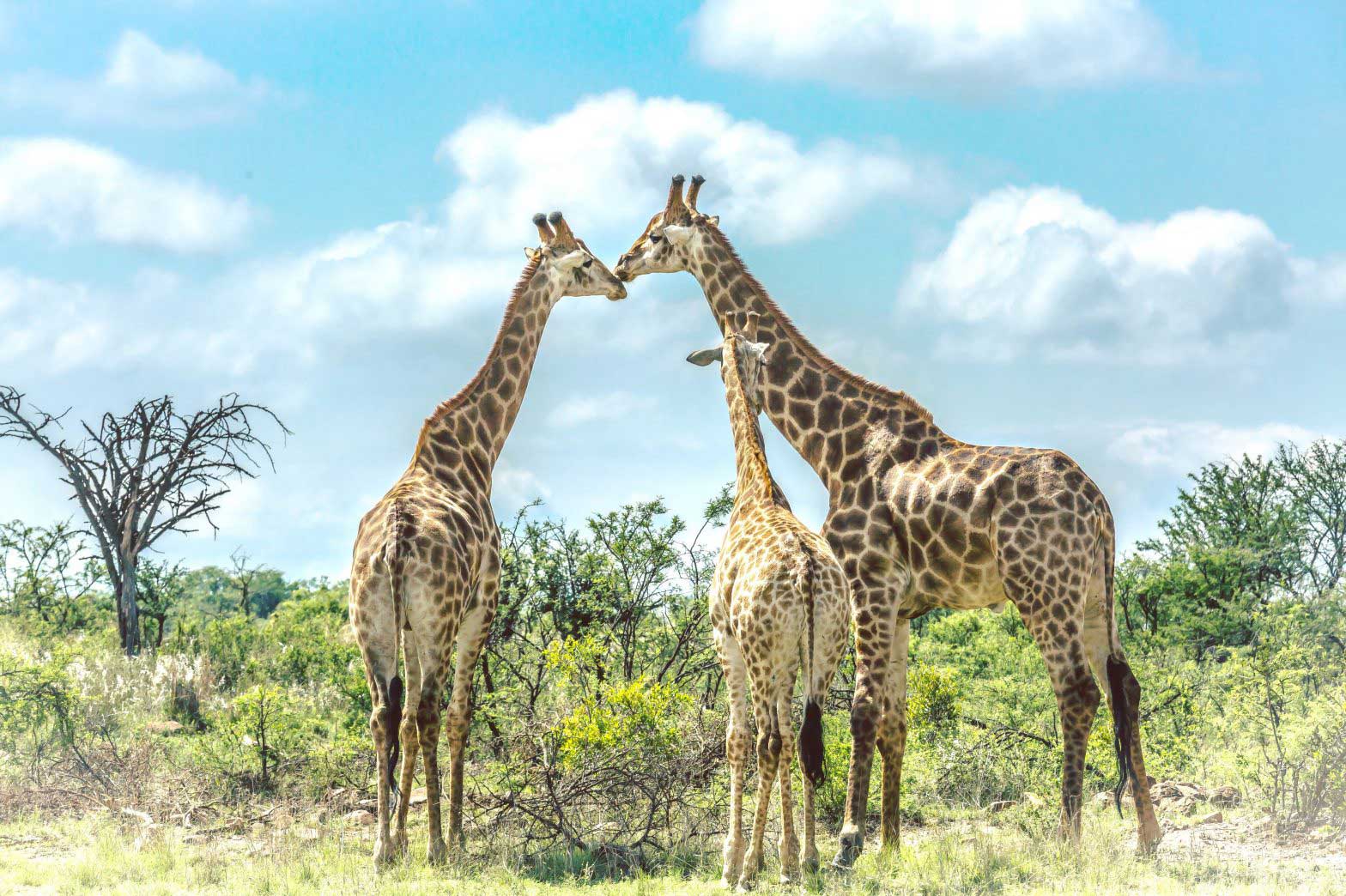 These 10 days’ safari is designed for people who want to explore awesome Kenya. It is a well-organized odyssey to give exceptional wildlife interactions. Explore deep into the thick of the Kenyan wild and get close to the best of the wild game.

From the extensive African savanna, to the Great Rift Valley welcoming you with a breathtaking view, magnificent snow-capped Mt. Kilimanjaro with other great sightings,and finally to Africa’s best-kept secrets Diani beach.

This is truly Malaika’s paradise.

Depart from Nairobi and drive through the scenic Rift Valley with a brief stopover at the valley’s viewpoint. You will have breathtaking views of hills, grasslands, extinct volcanoes, and wheat plantations arriving in the Masai town of Narok. Proceed to the endless savanna plains dotted with acacias, arriving at the world’s famous game reserve on time for lunch and afternoon game drive. 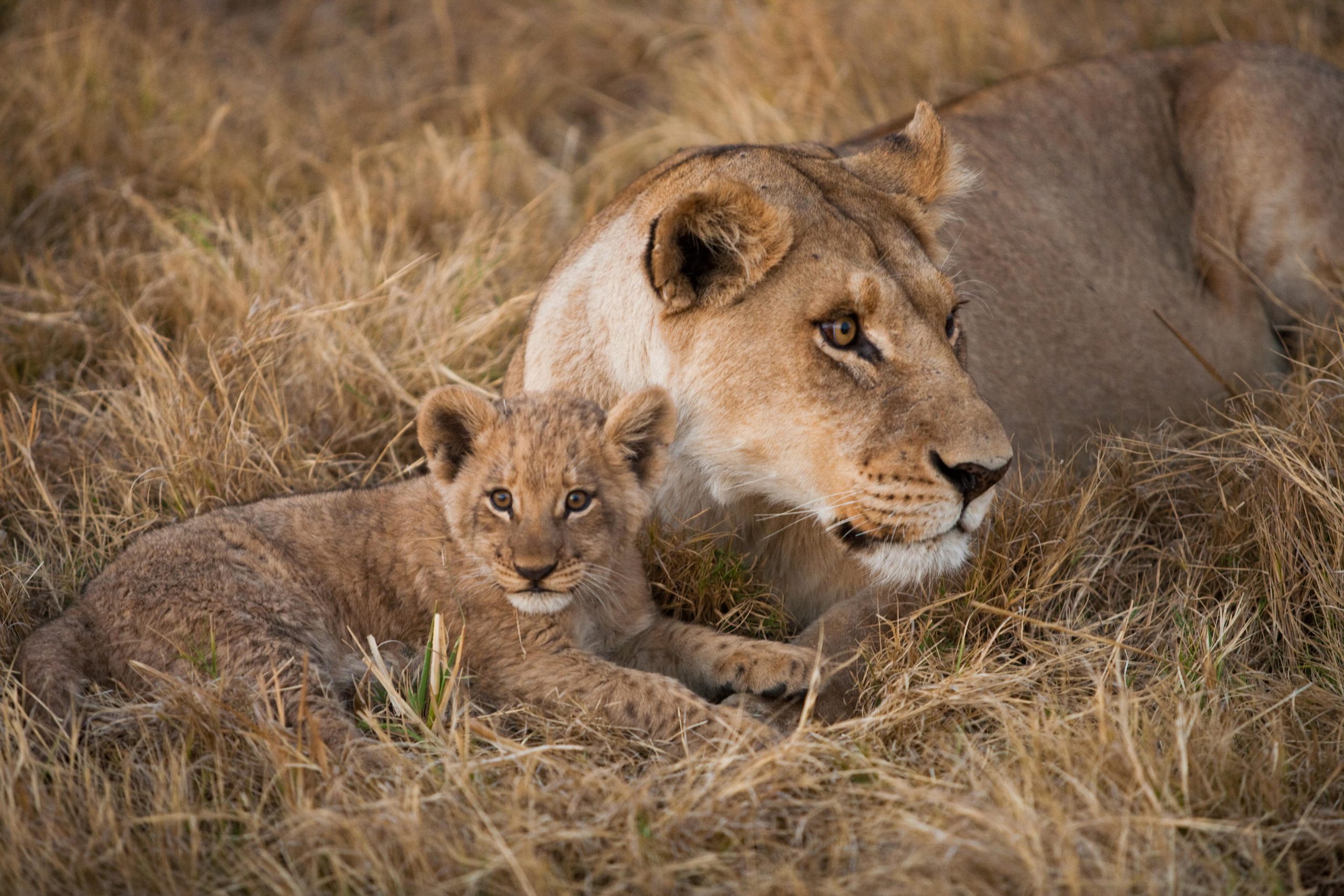 The second day will be spent on full-day starting 07:30 am after breakfast at the camp with picnic lunches. This will give us the opportunity to explore deeper in the paradise plains of the Mara and later at the banks of the Mara River where tens of thousands of wildebeests and zebras cross the crocodile-infested river on their odyssey of hundreds of kilometers. You will later set your lunch under the shade of a tree as you watch the endless amazing savannah.

You will continue with your safari arriving late in the afternoon at the camp for dinner and overnight. 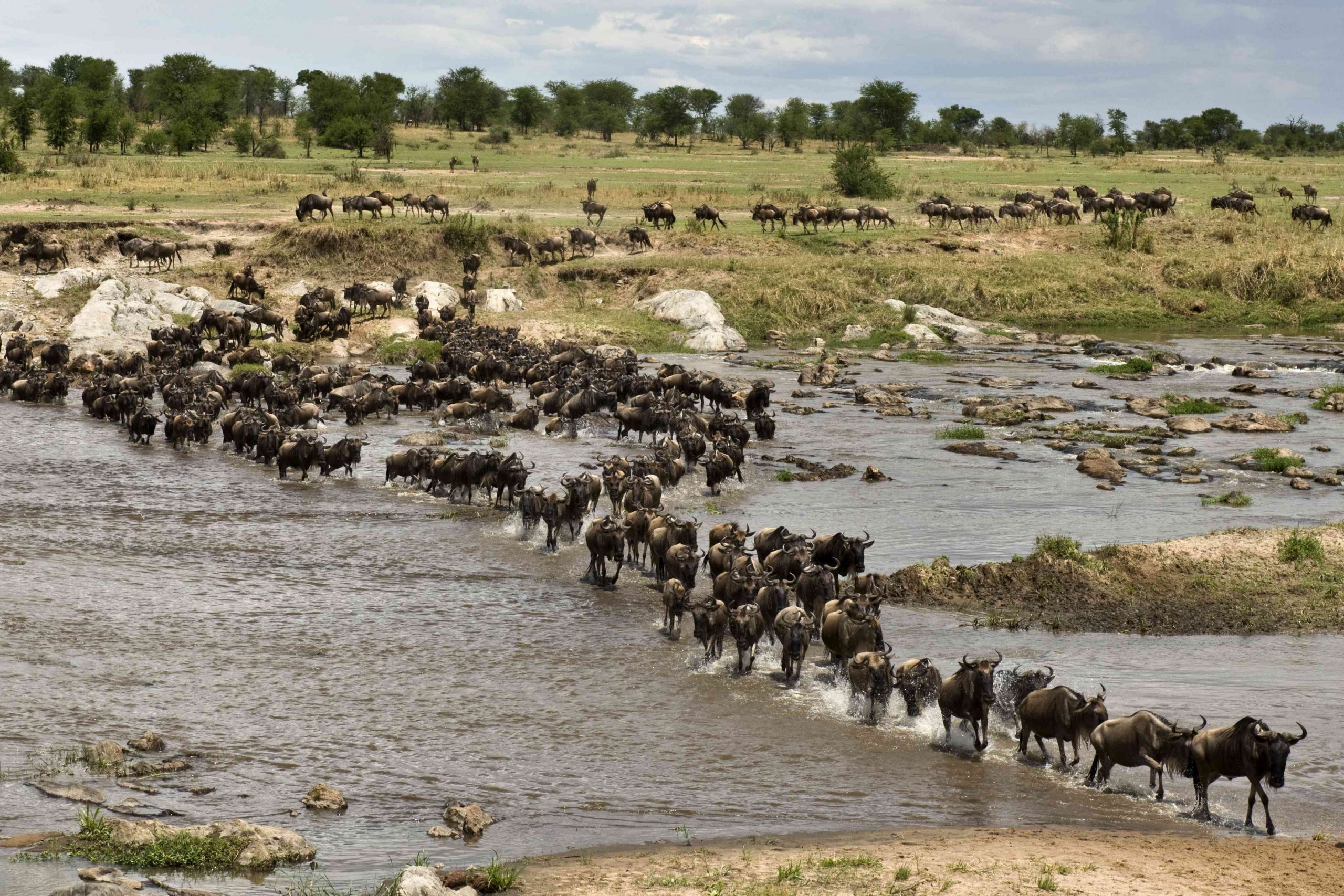 Depending on the wildlife migration patterns, sightings, and the prevailing weather conditions. The third day in Mara will be spent exploring the extensive grasslands savannas with options of half-day or morning and afternoon game drives. Whatever best suits you.

Hot air balloon and traditional Maasai community’s cultural visits for a glimpse into their rich culture can also be arranged. 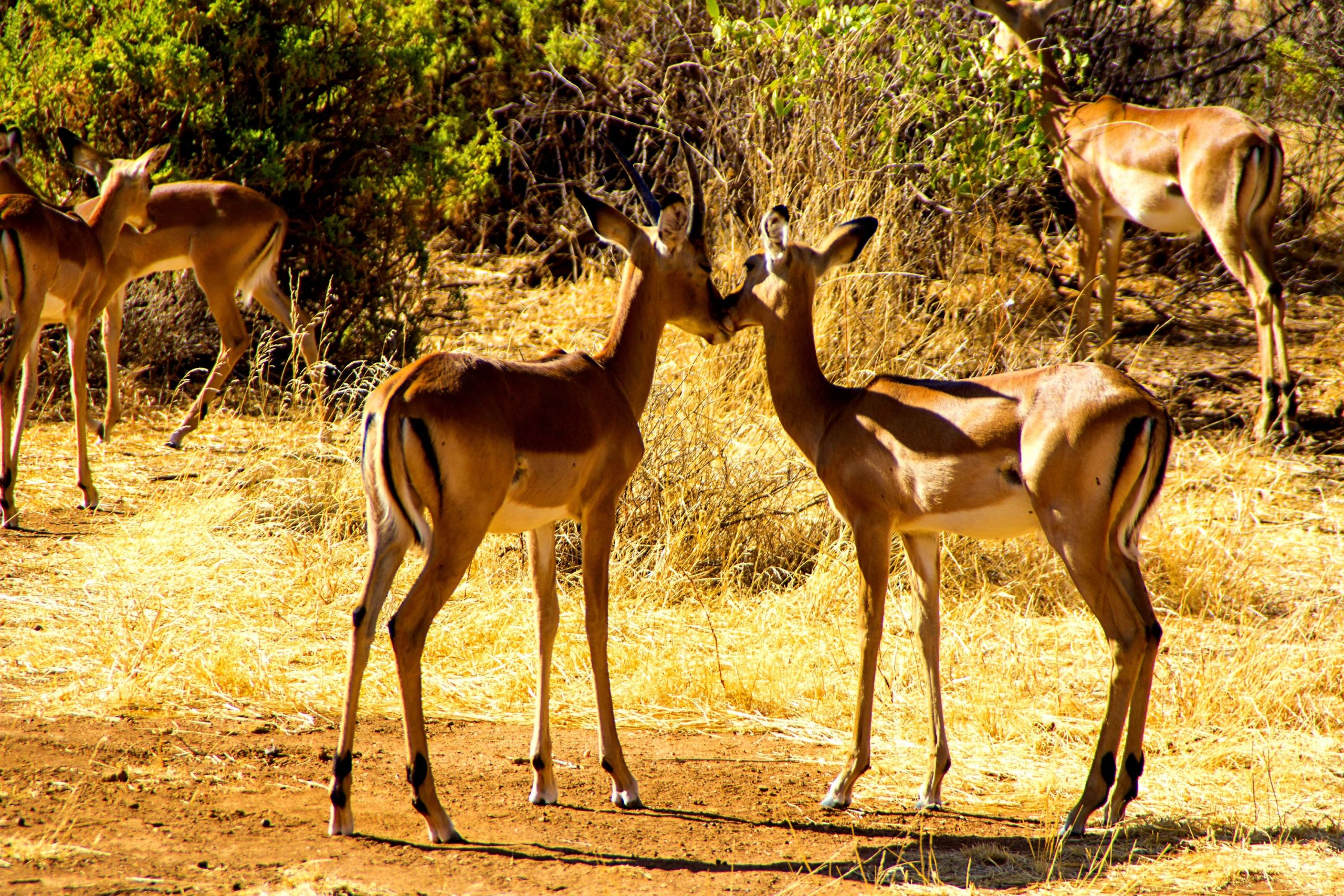 Depart the Mara after early breakfast and proceed towards Lake Naivasha with a brief stopover at the Maasai town of Narok. You will pass through the scenic landscapes of Mount Longonot arriving in Lake Naivasha in time for lunch.

Lake Naivasha, the name derives from the local Maasai name Nai’posha, meaning “rough water” because of the sudden storms which can arise.

The Lake has a large hippo population that sleeps during the day out in the shallow lake shores and comes out to graze when the night falls in; as giraffes wander in the acacia. At 1910m (6200f), the water is fresh and the lake is fringed with dense clumps of papyrus (ancient Egyptians once used this to make paper). Kingfishers use the papyrus as a perch, herons hide in it while searching for food.

Naivasha is yet another area popular for bird watching (over 400 species have been recorded).

The afternoon will be spent on a boat ride which later you disembark at the shores for a walk into Crescent Island among the wandering resident herbivores including Buffaloes, Thompson gazelles, wilder beasts among others.

Take an early breakfast at the lodge, then start the drive to Amboseli National Park. Check-in at accommodation and lunch. Amboseli National Park is situated due south of Nairobi, most of the park consists of a dry, ancient lake bed and fragile grassland with patches of acacia woodland, while in the southern area there is a number of small, rocky, volcanic hills. Around the swamps Ol Kenya, Ol Tukai, and Enkongo Narok, the vegetation is lush with yellow-barked acacias and phoenix palms. After lunch, you will have an afternoon game drive. Amboseli National Park is possibly the best wildlife area in the whole of Africa to experience elephants at close range. Less unharnessed by poachers, elephants feeding and bathing in the swamps must form the highlights of any Safari.

Enjoy one last early morning safari drive in Amboseli, then take breakfast before departing for Tsavo West. From the sight of fifty million gallons of crystal-clear water gushing out of the under parched lava rock that is the Mzima Springs to the Shetani lava flows, Tsavo West is a beautiful, rugged wilderness. The Savannah ecosystem comprises open grasslands, scrublands, and Acacia woodlands, belts of riverine vegetation, and rocky ridges including the Poacher’s Lookout where visitors can see the teeming herds in the plains below. You will arrive in time for lunch and then be taken on a late afternoon game drive with a visit to Mzima Springs, retiring to your accommodation for dinner and overnight.

After an early breakfast, proceed to Tsavo East National Park with game spotting and scenery viewing en route. This is along the 300-kilometer-long Yatta Plateau, the longest lava flow in the world, making for an adventure unlike any other in the Tsavo East. The Park forms the largest protected area in Kenya and is home to most of the larger mammals, vast herds of dust –red elephant, Rhino, buffalo, lion, leopard, pods of hippo, crocodile, waterbucks, lesser Kudu, gerenuk, and the prolific birdlife features 500 recorded species. Check-in at your safari camp and get ready for the afternoon wildlife exploration in Africa’s best-kept secret.

Your last days of safari. Early morning game viewing drives at the Tsavo East national park. We will depart the park for the drive down to Mombasa. From Mombasa town, we proceed to the south coast beach resorts. Diani Beach rests between the crystal-clear waters of the Indian Ocean and the open plains of the Shimba Hills National Reserve. Stretching 25 kilometers along the coastline, pristine white sands and lush green forests provide a stunning backdrop that defines paradise. You will arrive in time for your beach resort in time and relax.

You have two full days to spend at your own pleasure. You may wish to simply relax and soak up the sun or if you want to keep active there are plenty of things to do! You can try kitesurfing or diving and snorkeling on the spectacular coral reefs, or you may wish to join a boat excursion to Kisite Mpunguti National Marine Park to spot dolphins and other marine wildlife. There’s also the option to visit Shimba Hills National Reserve, the impressive Fort Jesus on Mombasa Island, the Diani Beach Art Gallery, or Akamba Handicrafts Cooperative where you can buy traditional wood carvings, masks, bowls, and ornaments. 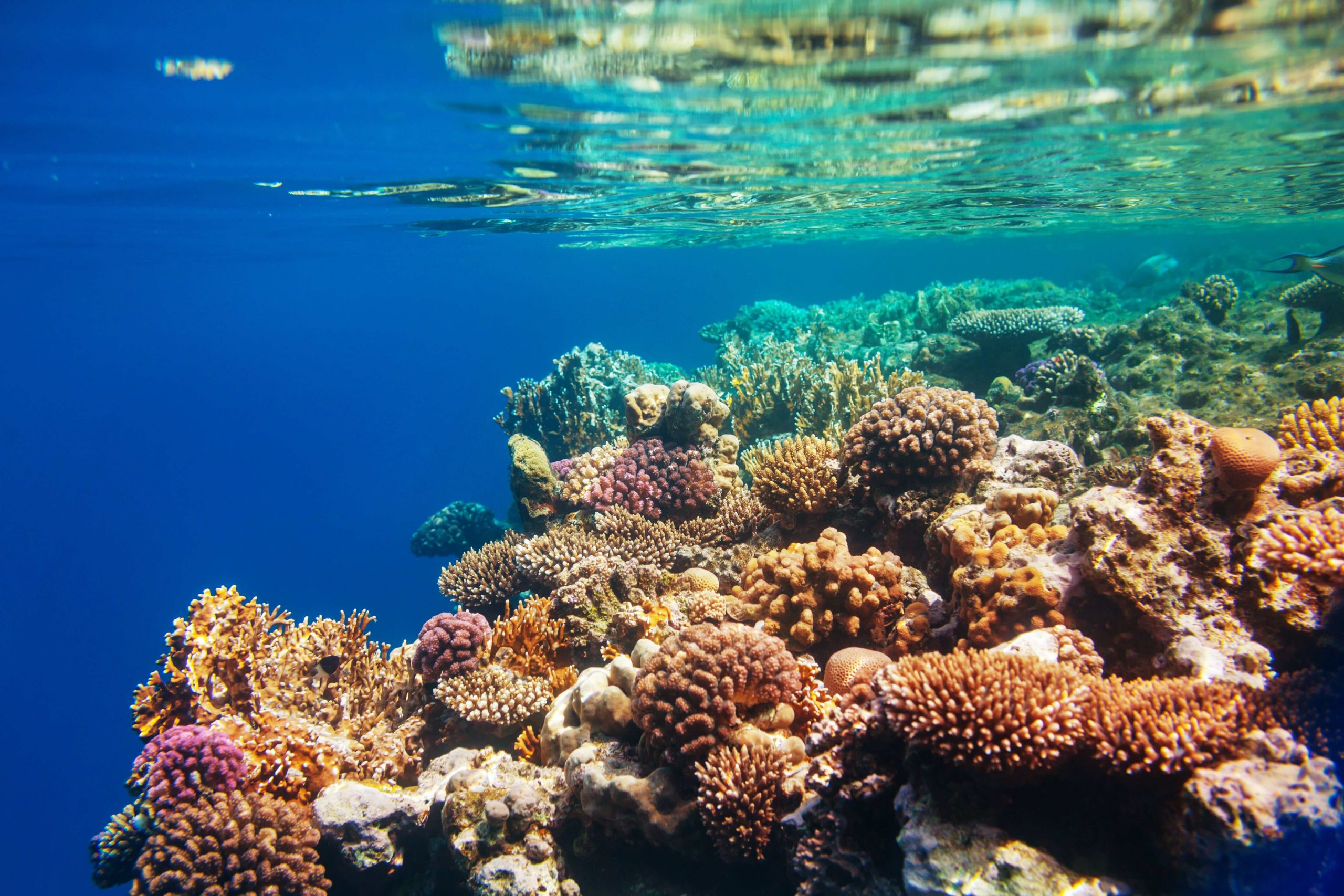 After breakfast at the hotel, our representative will pick you up and transfer you to the Ukunda airstrip. We select flights out of Diani that connect your outbound flights in good time. This scheduled flight must arrive in Nairobi to connect with your international flight back home.

End of our services and hope you enjoyed our companion.

Start your adventure of a lifetime now!

Wings Over the Mara